Australia’s research sector is world-class, yet many Australian businesses struggle to connect with academia and reap the innovation benefits.

This panel discussion, chaired by Chad Renando, will focus on the value industry-university research collaborations bring to commercial R&D, and the Government funding available to help you navigate new partnerships.

Participants will come away with the following:

Registrations have now closed for this event. View the recording here and subscribe to more event alerts here. 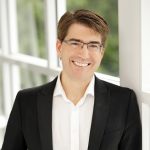 Chad is a Research Fellow in the Australian Centre for Entrepreneurship Research at QUT. He is tasked as Project Manager implementing the 2019 Global Entrepreneurship Monitor for Australia that will see a significant boost in sample size and greater precision in regional estimation of entrepreneurial activity.

Chad holds a Masters in Applied Social Science (Management) with the Australian College of Applied Psychology and is currently undertaking his doctoral research that is exploring the role of the innovation hub in building community resilience. His broader research focuses on entrepreneurship policy and practice. He works closely with entrepreneurial ecosystem stakeholders, such as governments, universities, corporations, innovation hubs, and entrepreneur programs, to measure the long term impact of their innovation investment and helps regions connect entrepreneurial activity to community resilience.

His additional roles include Director for the not-for-profit Startup Status and Managing Director (Australia) for the Global Entrepreneurship Network. 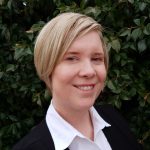 Mardi Davis is a founding member of the Office of Innovation and Science Australia (OISA) within the Department of Industry, Science, Energy and Resources. Through her work with OISA, Mardi has supported the Innovation and Science Australia (ISA) Board to provide independent advice to Government on broad ranging innovation, science and research matters. Mardi has worked closely with scientists and researchers, entrepreneurs, investors and policy makers in the development of ISA’s major innovation system reviews, reports and submissions.

Mardi has a Bachelor of Arts from the University of Tasmania and a rich and diverse background in public policy with previous roles spanning research infrastructure through to cyber security. She has worked in the communications, education, infrastructure, industry and finance portfolios and is passionate about the nexus between science, technology and innovation policy and delivering joined up approaches across Government.

Mardi has recently accepted a secondment to the COVID-19 Vaccine Strategy Taskforce in the Australian Government Department of Health. 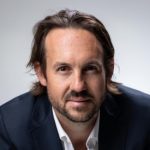 Will is Senior Lecturer in Science Communication at the Australian National Centre for the Public Awareness of Science at ANU.

Awarded for his public policy and outreach work, Will has authored or co-authored dozens of works in various scholarly outlets and written many commissioned and pitched articles and opinion pieces in high impact public facing outlets (including The Guardian, The Sydney Morning Herald, The Australian, The Conversation, Times Higher Education, The Canberra Times, The Brisbane Times, Crikey, The Drum, Climate Spectator and ABC Environment). Most of his writing has focused on the interaction of science, politics and technology. He is co-founder of the researcher employment service PostAc.

Will is regularly heard on Radio National discussing science for Research Filter and Nightlife, as well as podcasting in The Wholesome Show and G’day Patriots, both of which have charted in the Australian iTunes top 50. Will has held science communication workshops for a range of Australia’s leading science organisations, including Universities Australia, Science and Technology Australia and the Australian Academy of Science, as well has various universities and research institutes, government departments and scientific societies around the country. He tweets at @willozap. 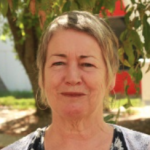 Denise has fostered the establishment and ongoing development of the Centre for Entrepreneurial Agri-Technology (CEAT), which is a collaborative venture between the ACT Government, ANU and CSIRO. CEAT is a boundary spanner— building an agri-tech innovation ecosystem based around partnerships, capability building and cultural change to enable researchers, industry, government and end-users to co-design interdisciplinary agri‑tech solutions. Denise’s role encompasses Strategic Planning, Impact evaluation and building a learning organisation.

Denise has extensive experience in  project management, stakeholder and community engagement, organisational learning and change, policy development, communities of practice, digital adoption, various research and evaluation approaches and collaborative and distributed leadership. Her academic qualifications from the University of Melbourne, Victoria College and RMIT are in the fields of literature, gender studies, professional writing and editing. 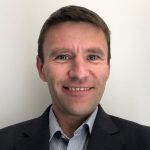 James is an Innovation Facilitator within CSIRO’s SME Connect team and helps to deliver the Innovation Connections programme in partnership with the Department for Industry, Science, Energy & Resources  – supporting collaboration between industry and research sectors.

He works with small/medium businesses and connects them with relevant research expertise and capability for projects across a range of industry sectors, helping to secure grant funding for participating organisations. 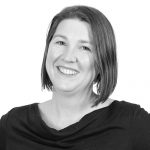 Alyssa joined the APR.Intern team in 2020 as a Business Developer and is responsible for matching PhD students with industry and government in the ACT. Alyssa enjoys creating relationships with stakeholders from a broad range of organisations and developing projects that enhance industry innovation and PhD employability.

Prior to joining APR.Intern, Alyssa was the Business Manager of a plant research facility hosted by the Australian National University (ANU). In this role, Alyssa developed extensive skills across business development within the university and research sectors. Alyssa also helped establish the ACT Centre for Entrepreneurial Agri-Technology. As the Business Developer of the Centre, Alyssa onboarded startups and SME’s into the Centre’s innovation hub.

Alyssa holds a Bachelor of Science (Hons 1st) majoring in Earth Science from ANU and a Diploma of Management (Business Administration) from the Sydney Technical Institute. She has completed leadership training at ANU and a Marine Geoscience Masterclass through the Australian and New Zealand IODP Consortium. 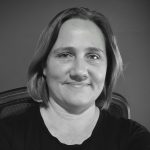 For the past six years, Yvette has been leading strategic waste and resource recovery solutions for the Councils and residents of the Illawarra, Shoalhaven and Southern Highlands regions of NSW. Collaborating with key Government and Industry stakeholders, Yvette has been the technical lead on projects ranging from strategic emergency waste management planning, benchmarking study of kerbside hard waste, community engagement and behaviour change projects and most recently circular economy opportunities for particleboard and MDF.

Yvette holds a Bachelor of Science from Charles Sturt University and a diverse suite of experience ranging from Local Government strategic planning through to nature based community education.  With more than 20 years in the waste and resource recovery sector, Yvette is driven to achieve avoidance of waste to landfill through opportunities such as diverting clean separated materials through the manufacturing supply chain and in the process providing opportunities for employment, demand for recycled content and resource efficiency in local manufacturing. 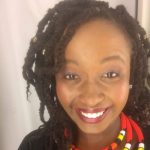 Currently, Makrita is a doctoral candidate at the University of Wollongong (UOW), researching the role of grassroots Innovation and indigenous knowledge in building regenerative business models of upscaling waste circular economies in the Global South, particularly Kenya. Her particular research interest is founded in the concept of circular economy and grassroots innovation theory in the process and development of waste into product and energy. The research particularly focuses on resource constrained communities as drivers of waste circular economies.

Prior to the APR internship, Makrita has also worked on other projects such as NSW department of Industry TechVoucher, conducting business process re-engineering research in the service industry. She was awarded the 2019 Cherry Gertzel Bursary Award for further her studies of waste circular economy in African Studies. She holds a Bachelor of Science (Hons) majoring in Drylands and Natural Resource Management and minor in Environmental Science and a double Master of Science in Project Management, Logistics and Supply Chain Management.

Registrations have now closed for this event.

Subscribe to our e-newsletter here for more event alerts and recordings.