Click on the staff member’s name below to find their bio and contact details.
Staff members are listed in alphabetical order by first name.

Alex works in the APR.Intern support team, providing administrative assistance to all aspects of the program.

Alex moved to Melbourne from Townsville, Queensland where she completed a Bachelor of Arts majoring in Geography and worked in varying fields.

Prior to her position at APR.Intern she worked at the Townsville Intercultural Centre, which assisted newly arrived refugees in the Townsville region and was the Project Coordinator for an employment project that aimed to assist refugees in training and gaining employment. She has also worked for Queensland Health in Payroll Services and at the Melbourne Metropolitan Fire Brigade in Human Resources. 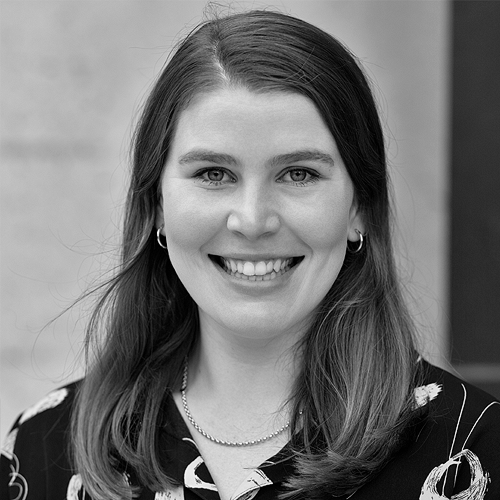 It is her responsibility to drive new business partnerships, leverage funding opportunities and source strategic collaborative arrangements with both public and private enterprises and government.

Prior to her position at APR.Intern, Cate held a role at a tertiary education college in Sydney, where her efforts were focused both on developing further business and industry training. 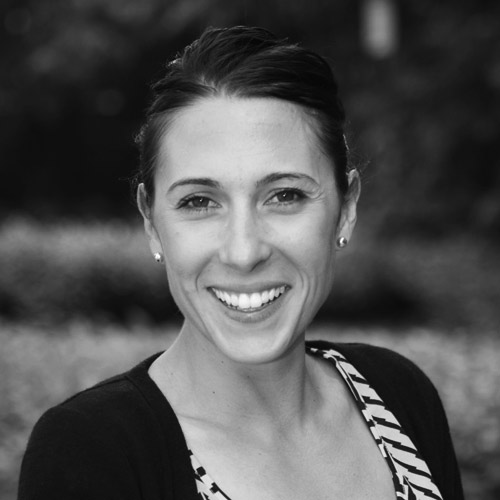 David joined the APR.Intern team in 2018 as a Business Developer, based in South Australia. David is responsible for working with all the universities in South Australia to generate internships across a range of industries and sectors, with Defence being a key sector.

Prior to his position at APR.Intern, David held various positions as a Senior Researcher within the Social Sciences and various senior research administration positions in the higher education/research sector in Australia and the UK. Most recently, David worked as a Grant Developer at the University of South Australia in which he provided support to over 140 academics across the Division of Business, to develop compelling research grant applications for nationally competitive funding. As a result, he brings a wealth of knowledge of the research policy structures within which Universities operate and experience of assisting academics to engage with industry partners.

David holds a PhD in Sociology.

Gary joined the APR.Intern team in 2018 as Executive Director and is responsible for leading stakeholder engagement and corporate relations with government agencies, universities, peak bodies and industry partners.

A graduate of the Royal Military College, Duntroon, Gary spent more than 30 years in the Australian Defence Force – most notably as Director-General Scientific and Technical Analysis, and as Head of Military Intelligence, retiring with the rank of Brigadier-General. He spent two years on faculty at the US Industrial College of the Armed Forces, in Washington DC.

Gary has held executive and advisory positions at KPMG, RMIT, UNSW and the Victorian Government.  He is currently an Enterprise Professor at the University of Melbourne. Gary holds a First Class Honours degree in History (UNSW), a Master of Strategic Studies (UNSW) and is fluent in Mandarin, Vietnamese and Bahasa Indonesia, having served ten years in diplomatic posts, variously in Port Moresby, Hanoi and Jakarta.

A member of the Order of Australia, Gary was also awarded the Conspicuous Service Cross for operations in the Middle East, as well as foreign government decorations from the USA (Legion of Merit) and the Republic of Indonesia (Grand Meritorious Military Order).

Gary is passionately committed to the APR.Intern Program’s ambition to transform the futures and career trajectories of many PhDs across Australia, not to mention the innovation dividends that will be delivered to the Program’s industry partners.

He is also confident that Essendon will be the team to beat in 2019! 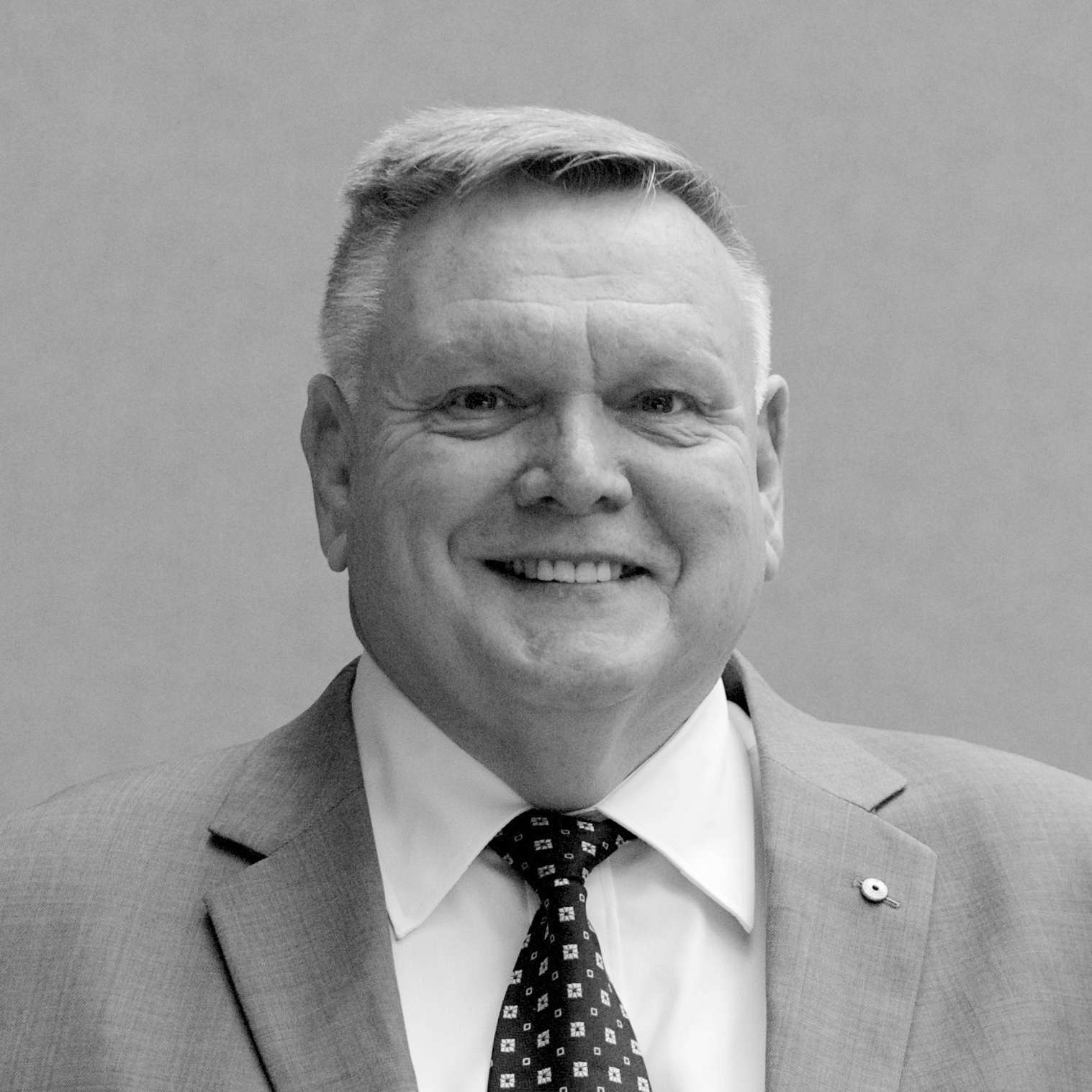 It is his responsibility to work with the Business Development Managers to drive new business partnerships, leverage funding opportunities and source strategic collaborative arrangements with both public and private enterprises and government.

Prior to his position at APR.Intern, Glen held a range of senior marketing and publishing roles working with government, industry and the higher education sector. 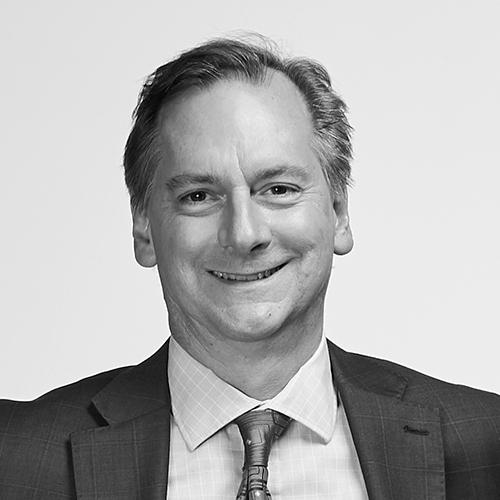 Jo manages the planning and delivery of APR.Intern’s marketing & communications.

With a background in public relations and marketing communications, Jo has worked across a wide range of client campaigns with a focus on corporate social responsibility.

Jo holds a Bachelor of Arts in Communications and a Graduate Certificate in Marketing. 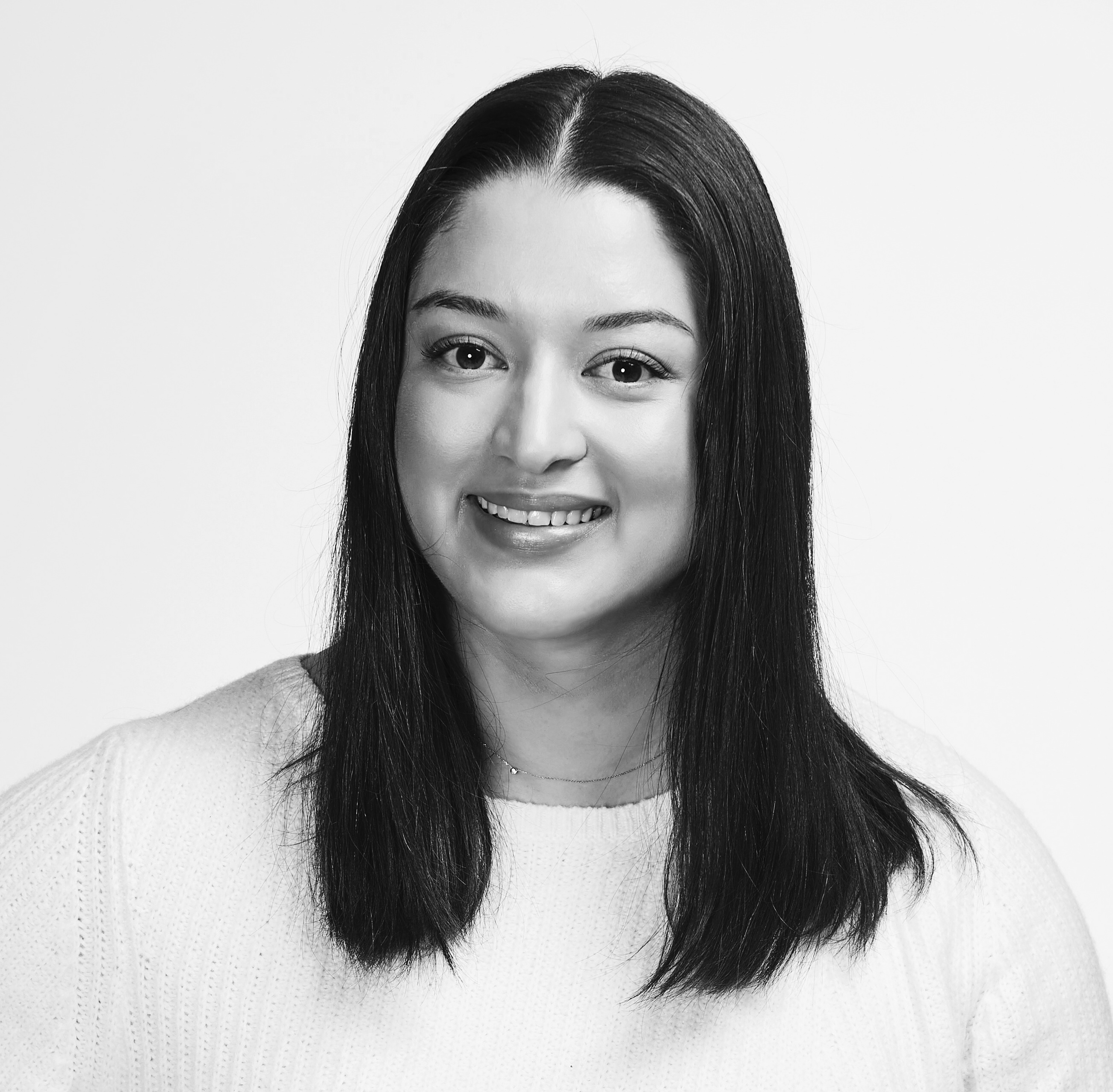 Justin joined the APR.Intern team in 2019 as a Business Developer and is responsible for driving PhD industry internships in Victoria. As part of the role, Justin manages relationships between academia and industry, carefully matching PhD skillsets with industry research challenges to accelerate local innovation.

Prior to joining APR.Intern, Justin was the State Manager of a leading FMCG marketing agency before moving into Higher Education. In this sector, Justin has worked in the marketing departments of Griffith University and La Trobe University, specialising in relationship management and student-led recruitment.

Justin holds a Bachelor of Business Management (Marketing & Human Resources) from the University of Queensland.

Outside of work, he enjoys playing football for Melbourne University Soccer Club. 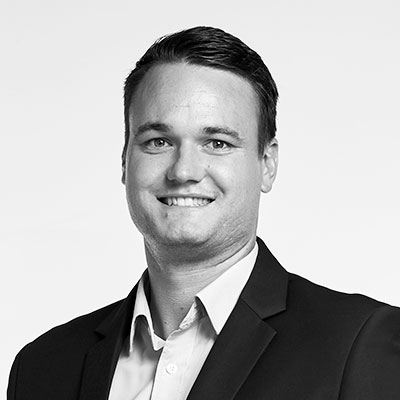 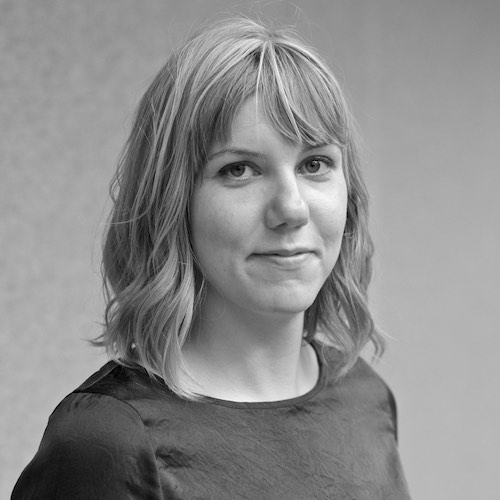 Margo’s role is to provide high quality customer service, administrative and project support to the National Program Manager and the APR.Intern team.

Before joining AMSI, Margo worked in Human Resources at The University of Melbourne and also held corporate HR, career development and administration roles in Australia and the UK.

Margo holds a Bachelor of Arts in Recreation and a Graduate Diploma in Human Resource Management. 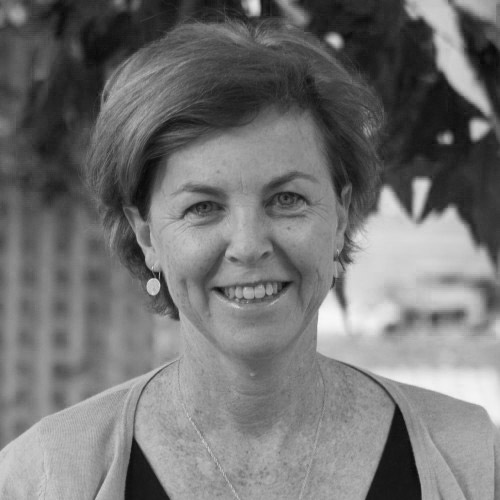 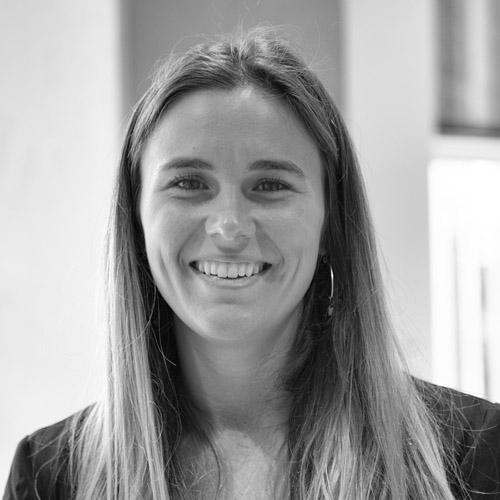 Mark’s role is focused on driving internships in New South Wales, primarily with The University of Sydney and University of Technology Sydney under a partnership arrangement. Mark also works with AMSI’s other member universities in NSW, and his business development activities span across all industry sectors.

Before joining AMSI, Mark worked in Business Development in Human Resources with professional services organisations for over 15 years. This included significant recruitment and career development activities in the private sector with Adecco, Lee Hecht Harrison and Morgan & Banks.

Prior to this, Mark held Senior Human Resources roles in Bayer & Allergan and has in-depth understanding of management practices, industry challenges, research and development and he brings a commercial edge and extensive industry network.
Mark holds a BSc in Psychology. 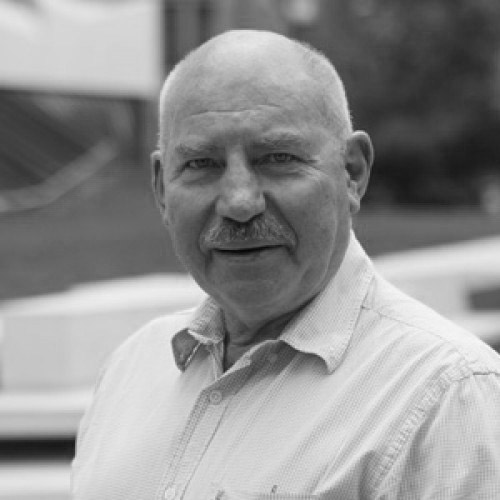 Michael’s role is focused on driving internships in Far North Queensland, primarily with James Cook University in association with the Graduate Research School.

Before joining APR.Intern, Michael worked in the finance and banking industry for 10 years – holding senior positions, with a focus on transformational leadership through change management strategy.

Michael holds a Bachelor of Economics with Honours (2A) and is currently completing a PhD in Economics part-time at James Cook University. 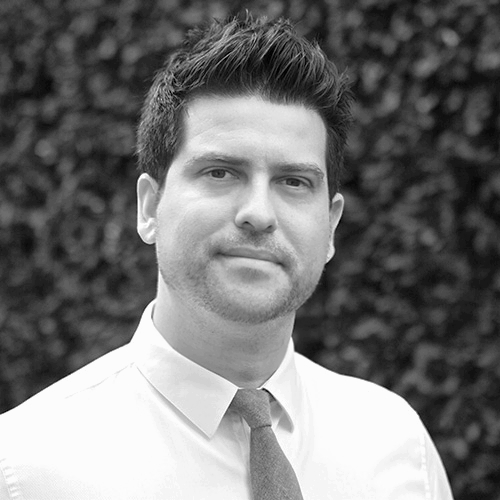 Prior to APR.Intern, Tracey held a number of business development roles internationally in South Africa,  London, Dublin and Jersey in the Channel Islands. For the past 10 years in Australia, her career has been focused on talent management, executive recruitment and running an MBA-level Careers Program for one of the G08 Universities. Tracey is passionate about bridging the gap between talent and industry to help organisations and business’s grow, especially across innovation.  Tracey holds a Bachelor of Media & Communication, a Diploma in Business Management &  a leadership certificate course from UWA. 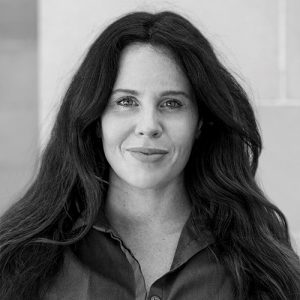 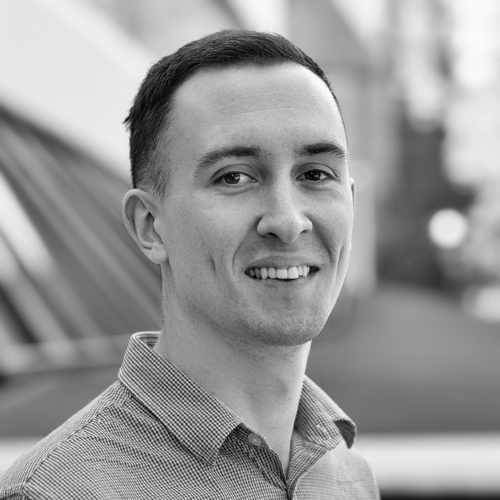